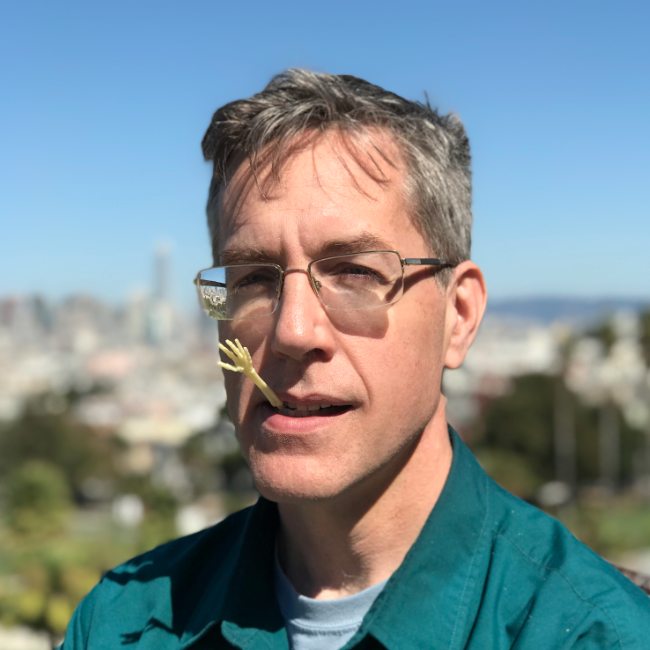 Just as speech is incapable of disconnecting itself entirely from sound, there is no natural wall between language and music.  In order to make your words actually mean something, every individual naturally learns how to reinject melody back into your speech to underline your actual point.  The true intent of your speech is often discernible from prosody alone, as frequently becomes clear when listening to foreign languages or even animal vocalization.  Or, say, when a software capable of pitch tracking is trained on speech, extracting the melodies contained within, and then leaving the source signal unheard.

'Inaudible Monitress' is a piece for one human and a bank of listening iPhones running pitch detection software.  While I was the only human in the room while the pieces were performed, they are not meant to be heard as a solo performance.  It's offered in the spirit of what algorithmic music pioneer Herbert Brün's goal of using machines to produce "music that I don't like yet".  -- Jon Leidecker

Jon Leidecker (aka Wobbly) makes music that investigates the effect of electronic music instruments on the people who choose to play them.  Currently touring & recording with both Negativland and the Thurston Moore Group, other live and studio collaborators include Dieter Moebius & Tim Story, Laetitia Sonami, Thomas Dimuzio, Matmos, People Like Us, Zeena Parkins, Fred Frith, Tania Chen, Sue C., The Freddy McGuire Show and Sagan.  His lectures on electronic & collage music have been presented at Mills, Stanford, Oxford, MACBA and Peabody Conservatory.  In 2015 he inherited Negativland's long-running Over The Edge radio live mix program, broadcasting from Berkeley's KPFA FM.