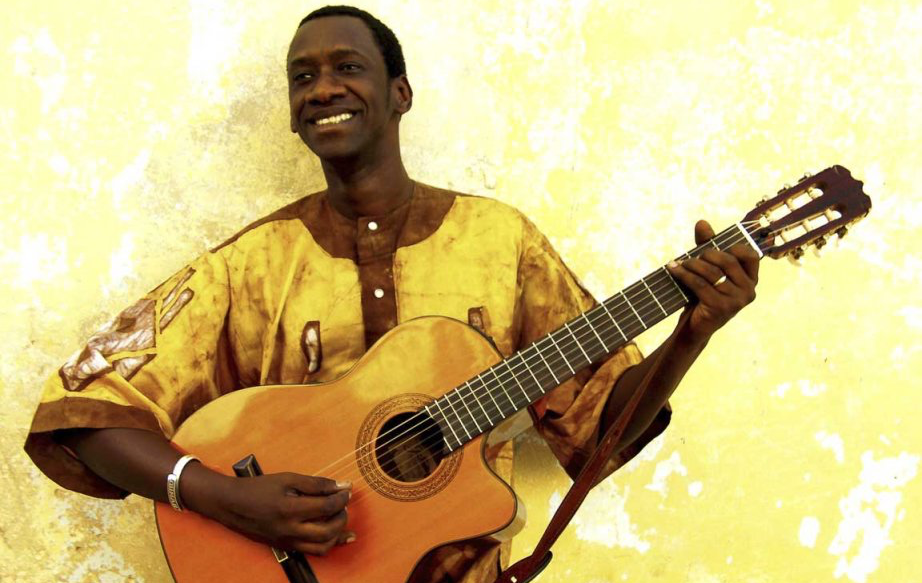 Senegalese guitarist / songwriter Oumar Ndiaye excels singing intimate ballads as well as mbalax dance floor workouts. He does it all on his new album Sutura, with a stellar band led by guitarist extraordinaire Smokey Hormel, sideman to the stars - from Beck to Neil Diamond. Hormel also leads Smokey's Round‑up and various cross-cultural combos.

Oumar and Smokey join us on the way to their intimate gig tonight, Saturday June 15th at 9:30 pm at the beautiful Issyra African Gallery, 300 Observer Highway in Hoboken. Tickets / info for tonight's concert here. 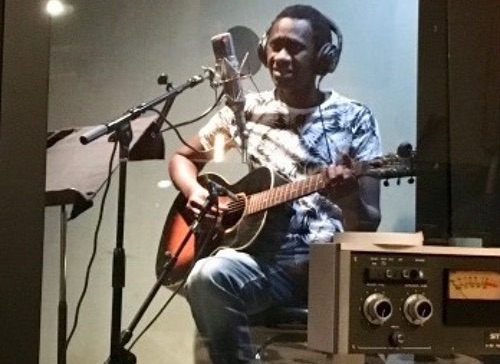 TICKET GIVEAWAY TONIGHT to see Sona Jobarteh, one of the first women to master the kora and griot music / traditions of West Africa, Sunday June 23, 8 pm at Symphony Space, 2537 Broadway at W95th St. in Manhattan. The concert is presented by the World Music Institute as part of their ongoing series of concerts around NYC. Concert / ticket info here.

To get in the running for a pair of tickets: Email me, Rob W, here, and please put the word "TIX" in the subject line. (Two pairs of tickets available.) Deadline to enter is midnight Sunday. Winner will be notified by Monday.

(1:40:58 Pop‑up)
A traditional song of Mali and Senegal in which the griots sing of the Toucouleur (people of Futa Tooro) marabout (monk) Aladji Oumar Tall, who disappeared mysteriously in 1864, from the cliffs of Bandiagara.

/ Fasiya / West African Guild Records (2:10:29 Pop‑up)
GIG / Giveaway: Sona Jobarteh, presented by the World Music Institute at Symphony Space, Sunday night June 23rd. To get in the running for a pair of tickets to this show please email me, Rob W, here, and please put the word "TIX" in the subject line and indicate your first and if possible second choice. The deadline to enter is Sunday night at midnight; winners will be notified by Tuesday.

If you want to be on an email list for special ticket and music giveaways and to hear news about upcoming specials and special events send an email to Rob W here and be sure to write "list" in the subject line.

Kids in Need of Defense (KIND): KIND serves as the leading organization for the protection of children who enter the US immigration system alone and strives to ensure that no such child appears in immigration court without representation. We achieve fundamental fairness through high-quality legal representation and by advancing the child's best interests, safety and well-being.