Tue. May 26th, 7pm - 8pm: Ian M. Colletti (More info...)
NYC composer Ian M. Colletti discusses his score for director Rachel Moon's 2020 Netflix documentary "Circus of Books" and performs an on-air "live score" using analog synths, sequencers and acoustic instruments. Ian has performed in Lincoln Center and Carnegie Hall orchestras as well as his bands Angriest Pussycat, Auto-Matic Vaudeville and Lost Animals, the latter of which has backed Jandek. His first score was for a film produced by members of The Residents.

March 7, 2017: Marathon Week 1 with co-host Dave Mandl (World of Echo). Pledge at 800-989-9368 or wfmu.org/pledge A $75 pledge gets you the “Morricone Island of Flesheaters Soundtrack" T-Shirt designed by Rocket Rob Patton (Two Black Socks).
Morricone Island of Flesheater Original Soundtrack T-Shirt We interrupt this scheduled program to report that the Governor has declared a State of Emergency. The National Guard can no longer control the situation. In every borough of the City, from Brooklyn to Manhattan from Staten Island to the Bronx and Queens, the Dead have risen to the sounds of the living. (Sizes: S, M, L, XL, XX) 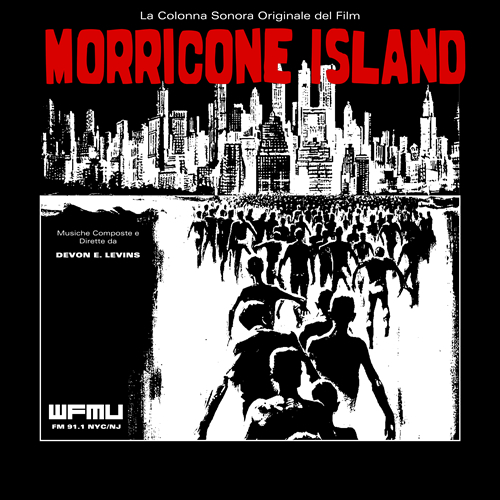