Music without words, words without music, and combinations therein. The freeform soundtrack for working, shirking, or twerking.

If you would like to receive an email with the schedule of what's playing on the Give The Drummer Radio webstream each day, subscribe here. It's only one email per day; you can check out previous emails by clicking on "View Letter Archive" at that link before subscribing if you wish. Never miss a Drummer show (especially mine!) again!

October 4, 2016: Live music from DEATH VALLEY GIRLS!
Think of Death Valley Girls as an acid-tripping science experiment that’s been buried alive and resurrected as a sexually liberated dystopian chain-gang. Their second album, Glow in the Dark, out now on Burger Records, includes 10 tracks of bluesy, electric rock that’s both danceable punk and oozing with psychedelic slime; like a doped-up Elvis if had he been an alien and a member of L.A. garage rock pioneers The Seeds. See them on tour throughout October, and hear their frenzied live set recorded at WFMU’s Monty Hall today at 8 am! 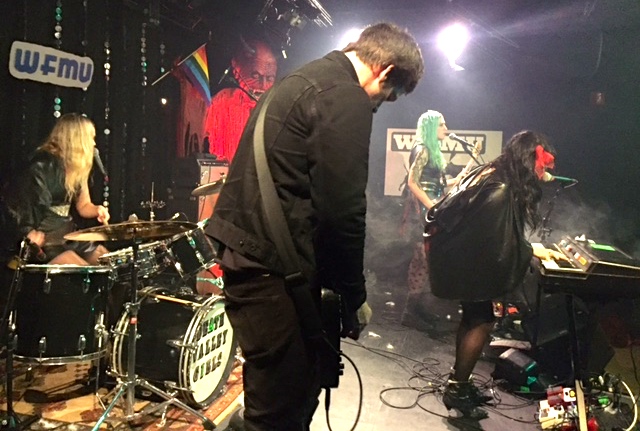 RSS feeds for 100% Whatever with Mary Wing: