September 27, 2016: SUZANNE CIANI
Modular synth pioneer, composer, sound designer and classically-trained pianist Suzanne Ciani discusses her first solo performance in NYC since 1975. Ciani is not only the first female composer to score a major Hollywood film (Joel Schumacher's 1981 "The Incredible Shrinking Woman"), but even more well known for her sound design for films such as "The Stepford Wives" (1975) and "Fame" (1980), and commercial work for the likes of Atari, PBS and Coca Cola (e.g., the famous "Pop and Pour" sound logo), not to mention providing the analog synths for Meco's disco version of the "Star Wars" soundtrack and the "rocket flight" in Starland Vocal Band's "Afternoon Delight." Recent releases by Finders Keepers have brought her music to the attention of an all new generation of fans. 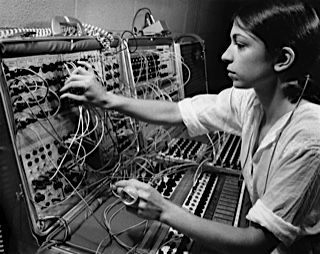