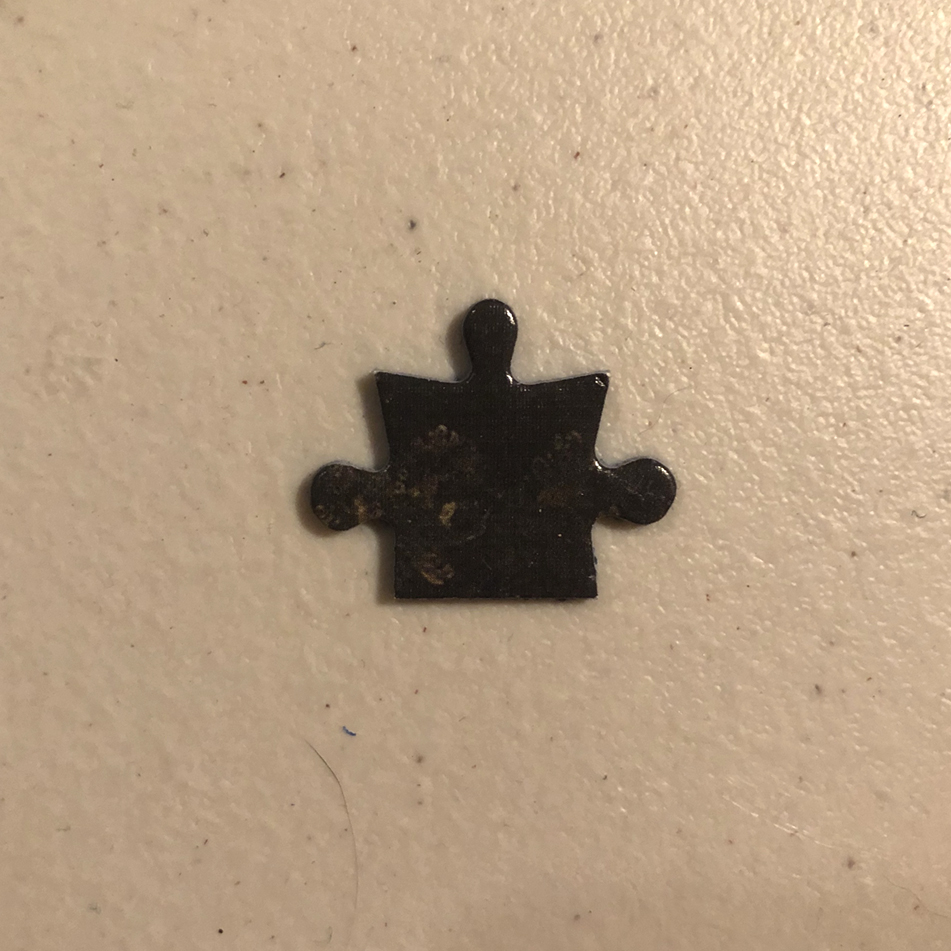 A voice speaks for 37 continuous minutes; gradually, manipulations of the voice and musical accompaniment surface into the mix and eventually replace the voice. “Work In Progress” is meant to operate as both a functional audio-only variant on the ASMR role-play video format and an homage to canonical works of voice-based “new music” from the 20th century avant-garde such as John Cage’s “45’ for A Speaker” (1954) and Alvin Lucier’s “I am Sitting In A Room” (1969). Inspired by a passage from Ludwig Wittgenstein’s “Philosophical Investigations” which describes overhearing people putting a jigsaw puzzle together without knowing what the puzzle represents, Drew Daniel took Wittgenstein literally and recorded himself observing a basic rule: for the standard length of a vinyl LP he must continuously speak aloud his passing thoughts without ever revealing what the puzzle depicts. This basic “conceptual” frame produces a chatty ramble that meanders around leisure, community, misanthropy, sex, metaphor etc. while keeping the subject of the puzzle mysterious. The close-mic-ing technique and highly amplified puzzle sound are meant to mimic the recording conventions of ASMR videos. Compositions for synthesizer and percussion by M.C. Schmidt were layered over and across this expanse, providing an alternately pastoral and queasy soundbed for the monologue, coloring the passing phrases with emotional cues.

Matmos’ M.C. Schmidt and Drew Daniel are a Baltimore-based duo that make electronic music, often emphasizing conceptual restriction and unusual sound sources, that moves across genres and forms. They have been continuously active as collaborators, producers and performers since 1997, releasing ten albums that venture across a wide array of thematic concerns and sampling tactics: their catalogue starts from strict cut-ups of everyday objects, and meanders across folk and country forms, surgical procedures, queer sonic portraits, medieval and early music, synthesis, telepathic sensory deprivation experiments, an album made entirely out of a washing machine, and an album examining the omnipresence of plastic waste. Their most recent triple album, “The Consuming Flame: Open Exercises in Group Form” comes out on Thrill Jockey Records in August of 2020.