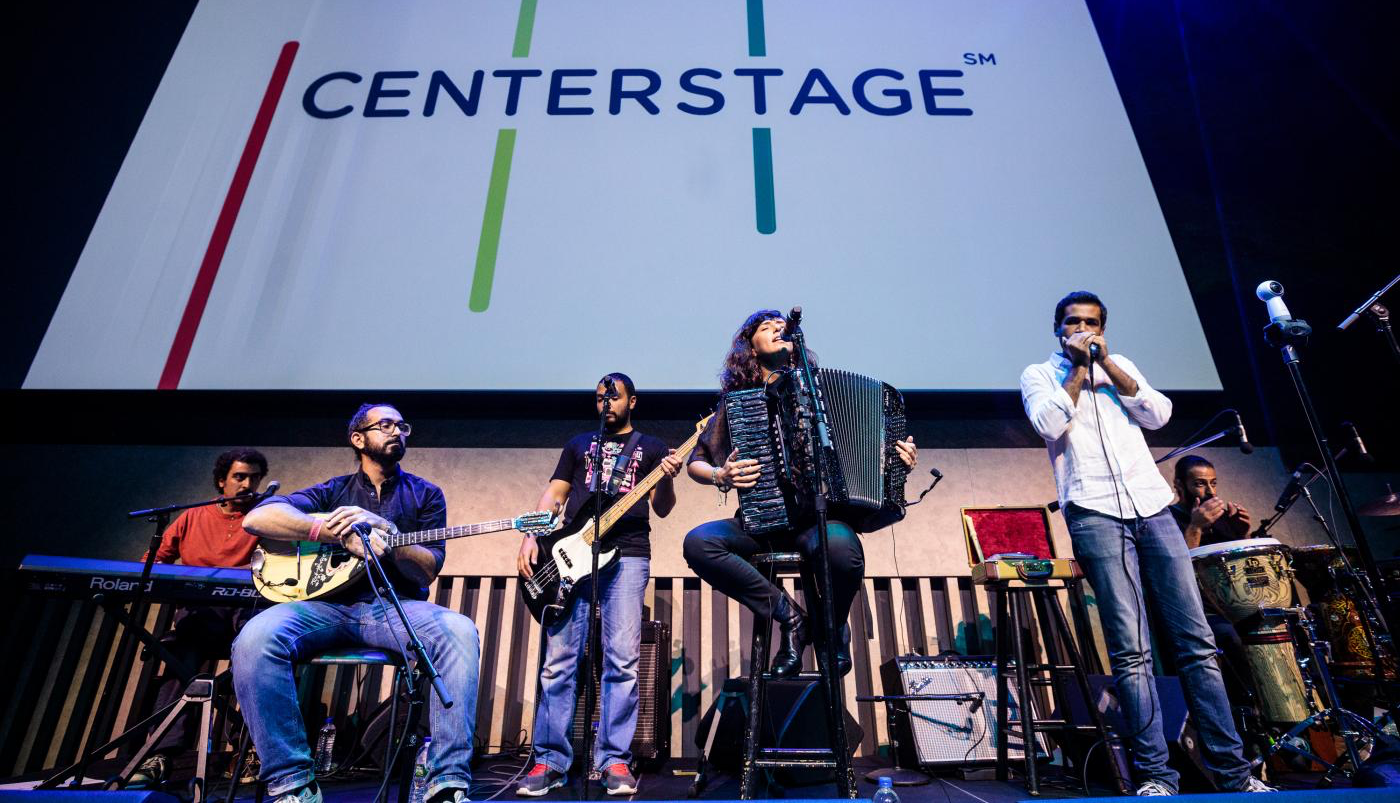 Cairo-based Youssra El Hawary is an innovative and engaging songwriter and Paris-trained accordionist. Her bio notes: "In a very short time, Youssra became one of the strongest, most popular female voices on Egypt’s independent music scene, but the real turning point was her 2012 YouTube hit single El Soor (The Wall) [video below], a bold, biting statement about the political situation in Egypt.

Youssra El Hawary's excellent debut album No'oum Nasyeen was produced by Adham Zidan. [Adham is a member of Cairo-based band The Invisible Hands. a collaboration with Alan Bishop (of Sun City Girls and the influential record label Sublime Frequencies).] And - it was Egypt's first-ever crowd-funded album!

Youssra and band toured the US for the first time this fall. The tour was made possible by Center Stage, a public diplomacy initiative of the U.S. Department of State's Bureau of Educational and Cultural Affairs, administered by the New England Foundation for the Arts. We are thrilled that the tour included a stop at WFMU for their Garden State radio debut!

Massive thanks to Adham "Eddie" Zidan for mixing our session, with assistance from WFMU's own Mark Koch; to Deirdre Valente and Lisa Booth of Lisa Booth management, and tour manager Teresa Teague.

The photo above, by Sachyn Mital, is from Youssra El Hawary and her band's performance as part of Lincoln Center's great free Rubenstein Atrium performance series.

If you want to be on an email list for special ticket and music giveaways and to hear news about upcoming specials and special events send an email to Rob W here and be sure to write "list" in the subject line.

Kids in Need of Defense (KIND): KIND serves as the leading organization for the protection of children who enter the US immigration system alone and strives to ensure that no such child appears in immigration court without representation. We achieve fundamental fairness through high-quality legal representation and by advancing the child's best interests, safety and well-being.