July 19, 2016: JOE RENZETTI
Academy Award-winning composer Joe Renzetti discusses the new Ship to Shore Records reissue of his Basket Case 2 and Frankenhooker soundtracks, on vinyl for the first time, along with his upcoming book entitled "Film Scoring - How It's Done in Hollywood." Many may recognize Mr. Renzetti from his haunting scores to Child's Play, Dead and Buried, the Basket Case sequels, Poltergeist 3, Tales from the Crypt and Vice Squad, or even his adapted scores for biopics The Buddy Holly Story and John Carpenter's Elvis. However, he had a previous career not only as a successful arranger in the 60's and 70's (Barry Manilow's "Mandy" and Bobby Hebb's "Sunny") but also as the in-house guitarist for Philadelphia's Cameo Records, playing on such classics as Chubby Checkers' "Let's Twist Again" and Dee Dee Sharp's "Mashed Potato." joerenzetti.net shiptoshore.storenvy.com 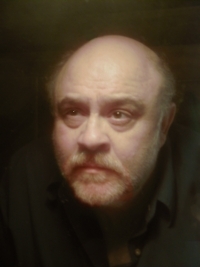