April 26, 2016: ATLI ÖRVARSSON
Icelandic composer Atli Örvarsson joins Devon this week to discuss his recent score for "RAMS," a film directed by Grímur Hákonarson which earned the Un Certain Regard prize at 2015's Cannes Film Festival. Atli got his start working on some of Hollywood's biggest projects, co-composing and orchestrating for Mike Post and Hans Zimmer before going off on his own. He recently relocated to his hometown of Akureyri in Northern Iceland where he was able to get back to his roots using instruments people there have been playing for the past 100-200 years, including his father's Borsini accordion, the Lundarbrekka church organ and a Tagelharpa, an old Norse string instrument made from horse tail hairs. Visit Atli's website for more info: atliorvarsson.com 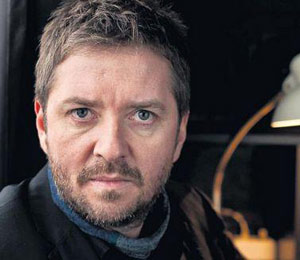