Too Much Information with Benjamen Walker: Playlist from May 16, 2011

Too Much Information is the sober hangover after the digital party has run out of memes, apps and schemes. Host Benjamen Walker finds out that, in a world where everyone overshares the truth 140 characters at a time, telling tales might be the most honest thing to do.

May 16, 2011: The Difference Between Giving and Taking (conversation with Chester Brown)
Cartoonist Chester Brown talks about his new book "Paying For it" - a graphic novel about his life as a john. In 1996 Brown, a well known Canadian cartoonist, breaks up with his girlfriend. After three years without sex, he decides to investigate Toronto's prostitution scene. 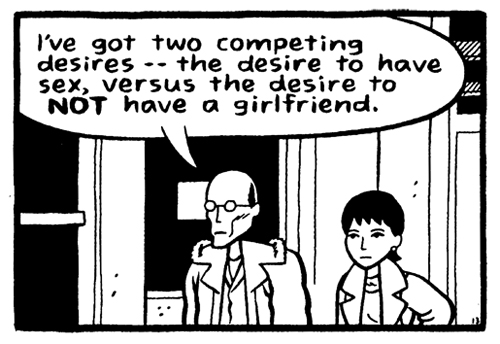 RSS feeds for Too Much Information with Benjamen Walker: