Live from the Golden Festival 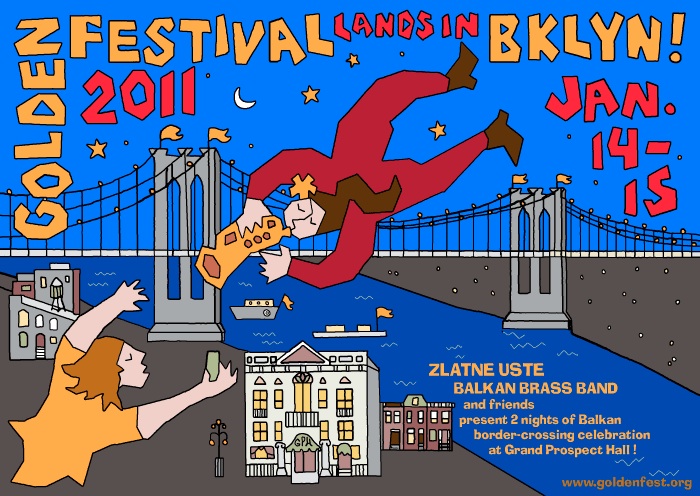 For the third straight year, TSP presents a live broadcast from the massive annual Balkan and East European music and dance bacchanal, the Golden Festival. It's a two night affair - Friday and Saturday - held in Brooklyn for the first time this year at the kitschy and fabulous Grand Prospect Hall. Our broadcast, on Saturday of course, originated from the Grand Ballroom, one of four stages that hosted a total of sixty ensembles.

Big thanks to Golden Festival founders and organizers the Zlatne Uste Balkan Brass Band and the festival committee; co-host and tech guru Irene Trudel; and to the rest of our our illustrious crew: