WJSV 90.5 FM
Morristown, NJ
How Irene Trudel got her start in radio
(a tribute of sorts)

I guess every broadcaster gets their start at some little tiny station and WJSV was my humble beginning. In my case my involvement was for an odd reason. When I was in high school, I was painfully shy and knew I needed to do something about it.

On February 22, 1971, Morristown High School began operating a radio station with the call letters WJSV --all of ten watts strong. A companion cable TV 'station' was also in operation. The equipment was lovingly wired by Physics teacher Bruce Lontka, (pictured upper right, in the station's only broadcast studio ca. 1975, photo courtesy of Kenton Chun), and technician Paul Werner (below, left), who later became WJSV's Chief Engineer (and retired in June 2000).

The F.C.C.'s Third Class Operator Permit (obsolete). Now you basically only need an application and a stamp to become a DJ.

So I joined WJSV in the Fall of 1972 (but I'm not sure of the actual date. Some old news clippings I saved in my yearbooks lead me to believe it might've been late spring 1972). I dragged my brother Fred into it too, because I was such a mouse about doing anything alone. In those days you needed a Third Class Radiotelephone Operator Permit issued by the Federal Communications Commission office in order to be the lowest level of announcer (a D.J.) and to get one you had to take a test. Fred and I took a trip to the FCC office in Manhattan and both failed the technical part of the test the first time out. The second time we passed, and I remember when we arrived back at the station I was told, "Oh, good! You can take over on the air because someone has to leave." I was so terrified that I couldn't squeak out more than a timid station I.D.

Years before, I'd been bitten by the radio bug. I grew up in Flushing, NY and in my semi-urban environment it was common to cut behind buildings and through alleys to take the shortest route to wherever. When I was 10, I found a brand new portable radio stashed in the bushes behind a store (presumably stolen). (Originally, I told my mom about the radio and she wouldn't let me bring it home. So I hid it for 2 months in the bushes, then asked her again-- she relented). It had 2 shortwave bands, FM and AM-- liberation to a kid whose parents controlled the other household radios! My mother also added to my interest, with her stories of having been in the Navy as a radio operator searching for enemy ships in WWII. Even as a kid I was kinda withdrawn, which made it easy to sneak off in a corner just to listen to radio from all over the world. Jump a few years ahead, following a family move to New Jersey. I was one of the geekiest, most un-fashion-conscious, withdrawn sophomores ever. Hoping to break the cycle of shyness, I joined the station thinking that it would help me to learn to talk to other people. In a round about way, it did. Radio is great therapy! 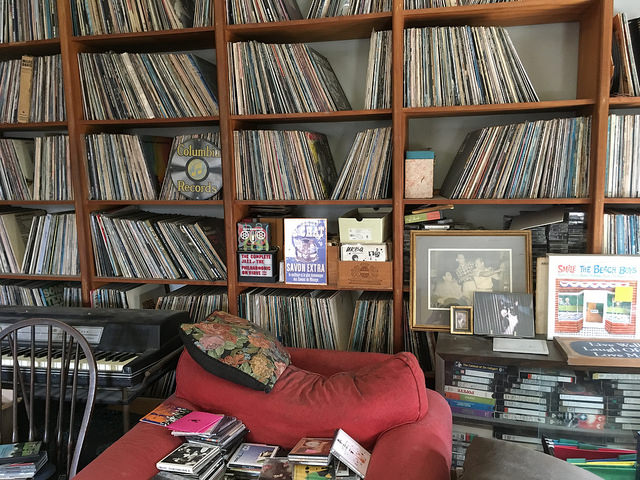 Mostly though, WJSV turned me on to a smattering of (then) obscure artists' records: The Incredible String Band, Lindisfarne, Loudon Wainwright III, The James Gang, Tonto's Expanding Headband, Amon Duul, Monty Python's Flying Circus, Firesign Theatre, Procol Harum, The Mothers of Invention, Aphrodite's Child, and assorted unpopular pop singles. Their record collection consisted of donations of scratchy records no longer wanted by our tiny listening public and whatever minor releases Columbia/Epic/Electra Records would send such an unimportant station (these were the only companies sending us regular mailings). DJs were required to play a few "Parent-Pleasing" numbers during their airshifts in those early days, leading me to drag in some of my folks' meager collection of Classical Music, Herb Alpert, and Les Paul. The Morristown Public Library also helped me supplement what I played on the air (to my amazement, their small collection ranged from Joan Baez' "Baptism" to Brian Wilson's "Smiley Smile" to Frank Zappa & The Mothers of Invention's "We're Only in It for the Money"). After I began to earn money, it wasn't long before I became a hopeless record collector, always looking for something new to share with the listeners.


As a sidebar, I need to make special mention of a few people who changed the direction of my radio career to embrace engineering and live music mixing. I was already interested in recording, branching out from my being asked to record local musicians at a coffeehouse for later broadcast on WJSV. I was hooked from the first time I dragged a reel to reel machine there to record, but after I left high school I drifted away from college and radio for a few years until I started attending County College of Morris in 1977.

So, of the people I'd like to credit, John Hagelbarger (former "Mr. Colonial" at Morristown HS, a role he told me he was not proud of) tops my list. John introduced me to the idea of working in a recording studio through his friend (and now mine) Don Sternecker. John had met Don through Drew University's music program in Madison, NJ. (Hagelbarger, it should be noted, had created his own pipe organ at home constructed out of various sized glass jars a keyboard and other ingenious bits of flotsam and jetsam. He's a very creative guy who didn't get enough credit from his high school peers.) While in college, Don had started his own recording studio-- Mix-O-Lydian (where the Bongos recorded their first singles,), which he later moved to Boonton, NJ and turned it into a thriving business, recording many bands important to the early Hoboken Music scene.

Don then took on an increasingly important role in my development. While attending college, I had to work on an internship related to communications to complete my degree requirements. Sternecker agreed to take me on, never having an intern before, and I wound up hanging out way past the required course time limit. I credit Don with teaching me the art of "having a good ear" --in other words, knowing how to balance a mix for live and recorded music. I passed many enjoyable hours hanging out, listening to Don create great recordings at Mix-O-Lydian on every kind of band, good and bad, listening to every kind of joke, good and band (Don's a world-class joketeller as well!) and I totally value his friendship, trust and willingness to take on an unknown like me. Without Don, I'd probably not even thought about mixing a live band, much less having them on a radio show. These days, Mix-O-Lydian Recording Studios can be found in the town of Delaware Water Gap, PA and on the web as well. 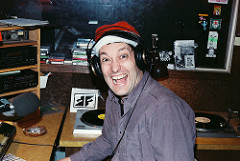